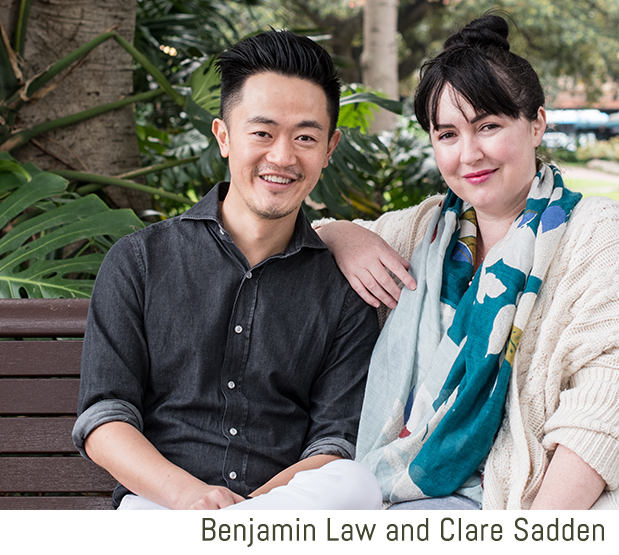 Freudian Slip is a high concept, laugh-out-loud, six-part comedy web series that uses Freud’s theory of the split self to externalise the internal dilemmas around love, sex and pooping.
Creator Clare Sladden explains: “Freudian Slip gives the audience a look at the internal conversations that play out in our character’s minds when they’re in the most intimate, awkward, romantic situations, and also explores how both women and men censor themselves and their desires.”
Clare always knew that she wanted to use comedy to connect with her audience. “The ridiculous dialogue that goes through our heads from moment to moment is rarely spoken about, and there’s so much fun to be had with the kinds of thoughts that you’d never admit to, or tell anyone about, but that we all have.”
Freudian Slip stars Benjamin Law (Family Law), James Mason (Neighbours), Amy Ingram (I Just Came To Say Goodbye), Nick Simpson-Deeks (Winners & Losers), Ngoc Phan (Australia Day), and newcomer Caitlin Hill.
“Benjamin Law signed on at a fairly early stage, and that was a big deal. Ben and I studied together at QUT, and after I pitched him the idea in a late-night email, I was pretty sure he was going to think I was crazy. He hadn’t acted since high school, and he’s super busy, but luckily for me, he said yes!”

Based in Broken Head, just south of Byron Bay, Clare and co-producer, Lewis Templar, self-funded the project, and the entire series was shot over two steamy days in mid-December 2017. “We shot at my parent’s house- in their bed, actually (which is super Freudian)! We all stayed at the house- there were mattresses in the lounge room, and people were sharing beds, but it just made the whole experience even more collaborative.”

“Anyone who considers filmmaking a glamorous profession obviously hasn’t been faced with the kind of budget restraints that force you to discuss blow job techniques in your parent’s bed.”

Over the past 18 months, Clare has attended the 2016 Cinestory Fellowship Retreat where she was mentored by Oscar-nominated screenwriter, Meg LeFauve (Inside Out); she was a semifinalist in the prestigious 2017 Academy Nicholl Fellowship; and her feature script Broken Head won the inaugural 2017 Byron Bay Film Festival International Screenplay Competition. He debut short film, Consent, has screened at various local and international Academy Award qualifying festivals, and has won an IndieFest Award of Excellence, a Gold Remi, and the WIFT Award at FreshFlix/Vivid.

Freudian Slip screened at a private launch party to cast, crew, and industry on the 18th of March, in Brisbane, where it was met with across the board fanfare. Like the Broad City web-series or Skitbox, Clare is hoping that the bite-sized, high-concept episodes will allow for maximum audience engagement and connection, while laying the groundwork for a second season.